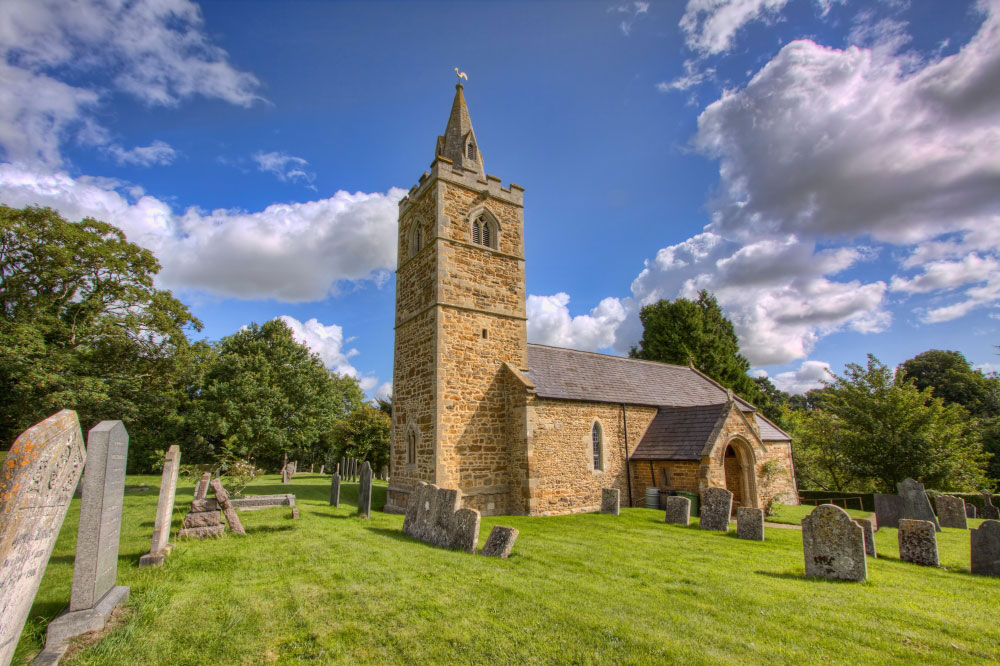 The pleasing aspect of the exterior at East Norton church

Situated 12 miles east of Leicester the village of East Norton which the busy A47 passed through is now bypassed, and the road now passes to the south of the village. The census in 2001 records a population of 94, in other words a small village as most are in this area of Leicestershire. In medieval times the manor of East Norton belonged to the Priory of Launde, after the Reformation it passed like Launde to Gregory, Lord Cromwell and Elizabeth his wife. 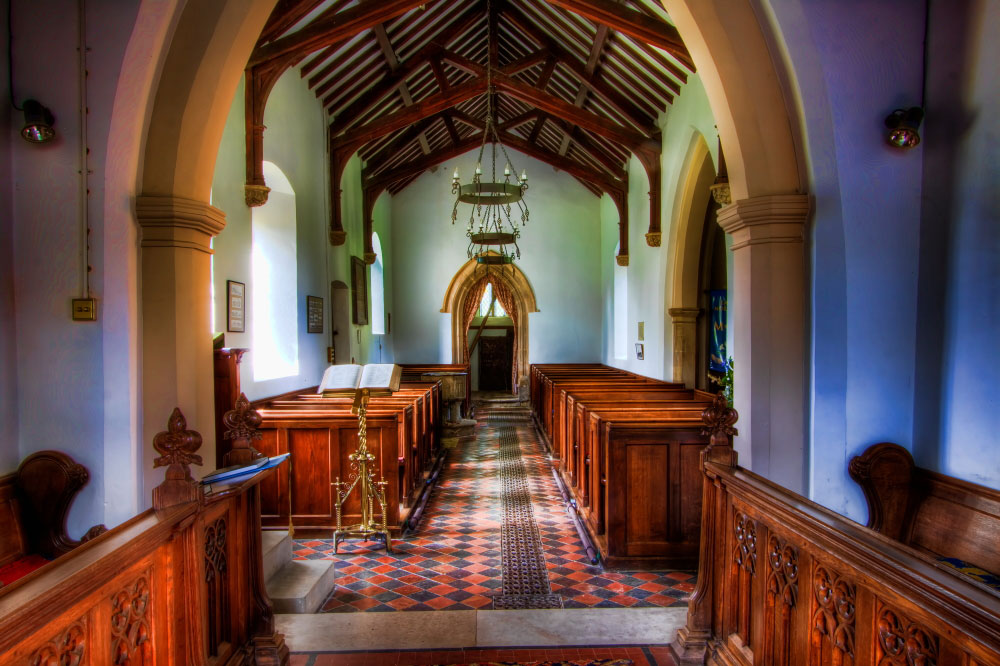 View to nave and west tower arch, I have saturated the colours here from the original

By 1850 the village had over 150 inhabitants, a police station and Courtroom were built by Lord Berners but due to lack of room the lawyers and witnesses had to use the White Bull Inn next door. In 1962 the court was moved to Thurnby and soon after the pub closed as well. Originally the village had two pubs but like so many other villages they have gone, as have their post office and shop. The village which lies in Harborough district is now designated as a conservation area. 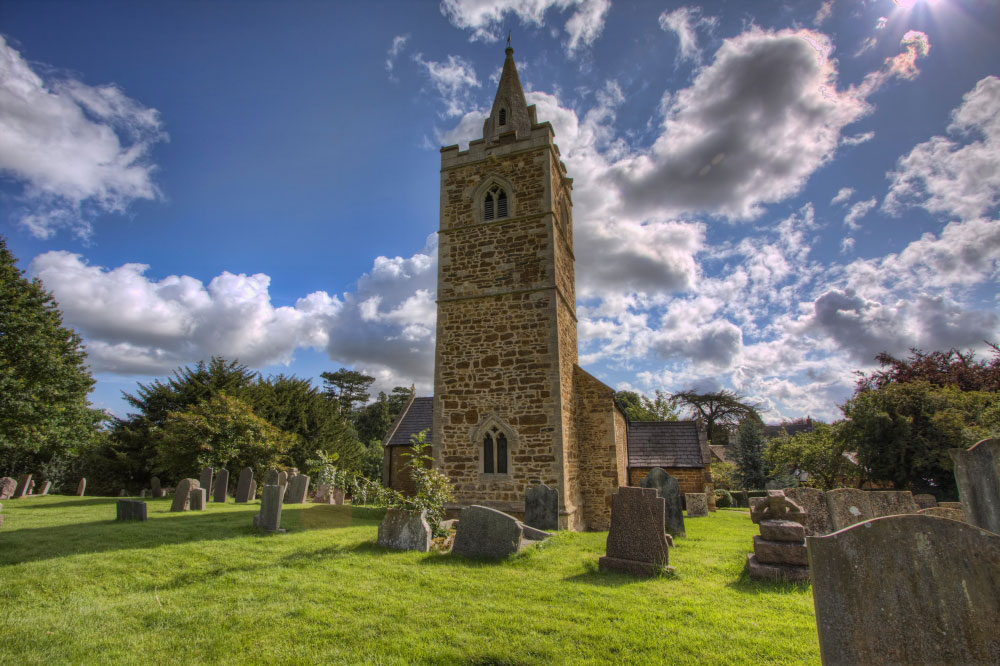 Another view of the fine west tower with recessed spire

The church dates from the 13th century and consists of a west tower (with spire behind battlements, probably 14th century), nave, chancel and north transept. In the south-west of the nave is a lancet window dating from the 13th century. Much of the church was rebuilt in 1849-1850 after being reported being in a dilapidated condition.

A Henry Goddard added the north transept for Lord Berners, a new chancel arch, and he also rebuilt the north wall of the nave. The pews and pulpit were also added at this time. The restoration of the chancel was funded by the Lord of the Manor, Tankerville Chamberlayne Esq. of Cranbury Park near Winchester who also presented the East Window. There was some dissent at the time of the Victorian restoration in that the Incorporated Church Building Society would have preferred a a small north aisle, and this resulted in no grant being made by the society. 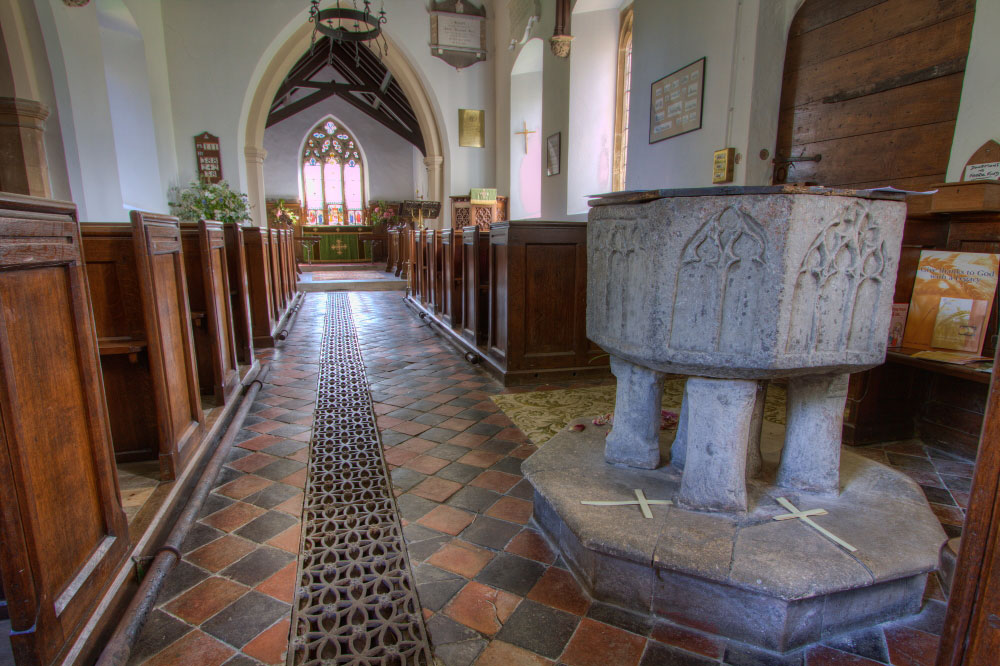 The font is 14th-15th century, octagonal on plan with tracery on each panel. The tower contains three bells, and there is also a bench mark on the southern corner of the west wall of the tower showing the sea level of 434 feet.

The church is small and plain. With its whitewashed wall and stained woodwork it is pleasing to the eye, and although the building was mostly rebuilt in 1850 there is still some indication of its earlier origins. The church was open on my weekend visit which was unplanned (I was passing by) so it may be open if you visit. There are no facilities in East Norton so you need to go Tugby for a public house, or nearby Uppingham. 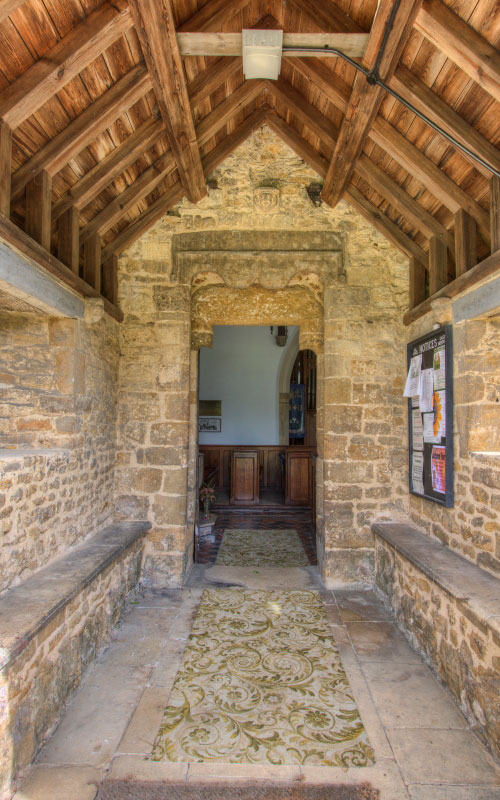 Although the church at East Norton is not that interesting from a architectural point of view it is worth a visit, in the sunshine the church with its golden stone has a pleasing appearance. I noted that on the south wall is a panel recording donations to the parish, in 1651 a Mr Richard Roberts, Ralph Holman, Richard Freefton, and George Bruthfield, Freeholders of the parish, left 12 acres and 12 perches of land for a cow pasture for the use and benefit of the Poor of East Norton for ever. In 1860 Lord Berners exchanged the above for 13 acres called Townsend Closes situated east of the village bounded by Turnpike road on the north. Firstly can anyone tell me what happened to this land (I see may such donations in many churches and always wonder if they still exist)?

There is some very interesting information on the village link below if you wish to read further on the village. I believe this church is open at weekends as it was on my visit.

Mr Dyson
You ask if the Townsend Closes charity field still exists. It does but is now bisected by the bypass (A47). It has not been referred to by that name for a long time but just as “The Charity Field”. The charity is now administered by trustees, having become detached from the church at some unknown date and for some unknown reason. It is now known as the East Norton Cow Pastures Charity and you will find a link from the East Norton pages to the information held by the charity commissioners. – Mr Dyson Sept 2009