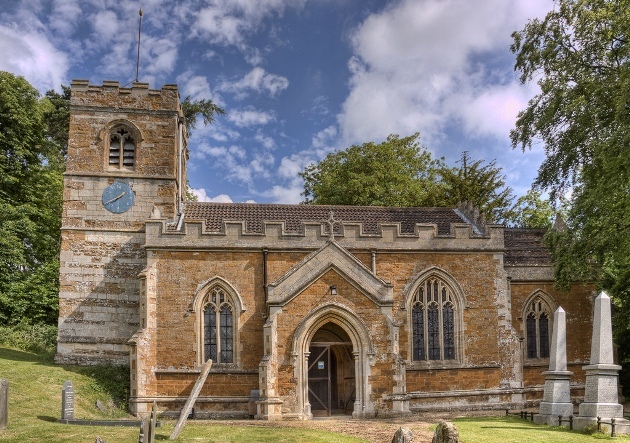 The pretty church at Cranoe well worth a trip out

Founded in the 12th century this is a real gem of a church which is situated 5 miles north of Market Harborough. Built on the side of a hill it gives pretty views south into the valley and farmland and over to Langton Caudle Hill. 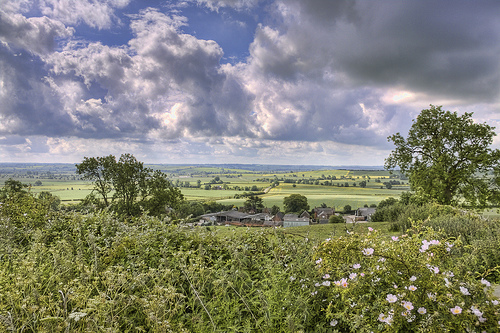 View of Welland Valley near Church

Cranoe is a very small village and perhaps should be classed as a hamlet, the population has always been small but in the last couple of century’s there have been many houses which have disappeared, and the population has dwindled, in 1951 this stood at 41 people. 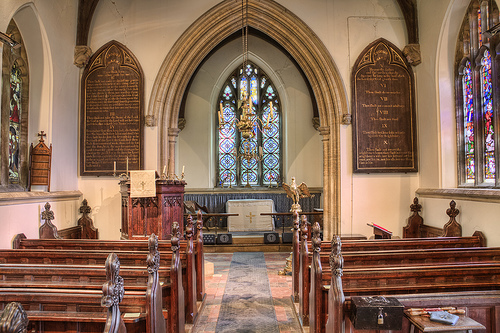 Chancel and nave of this beautiful little church

The church of St Michael stands above the village and to the north of it. It is built of ironstone with limestone dressings and consists of nave, chancel, west tower, and south porch. With the exception of the tower it was rebuilt in 1846-9. A plain circular font survives from the 12th century.

The base of the tower is of 13th-century date and has a single lancet window in its west wall. The upper stage, with its belfry windows and castellated parapet, is an addition of the 15th or early 16th century. The earlier church had a south aisle, probably dating from late in the medieval period, and a post-Reformation south porch. In 1619 it was reported that there was no pulpit and that the font, which stood in the chancel, lacked a cover. Throughout the 17th, 18th, and early 19th centuries the fabric remained in reasonably good condition, only routine repairs and replacements being recommended in the archdeacons’ reports. It was still in good repair in 1842 but was severely damaged by a storm in 1846. The rector, J. H. Hill, took this opportunity of rebuilding the body of the church. The architect was I. G. Bland of Market Harborough and the style a fairly faithful reproduction of the Perpendicular. 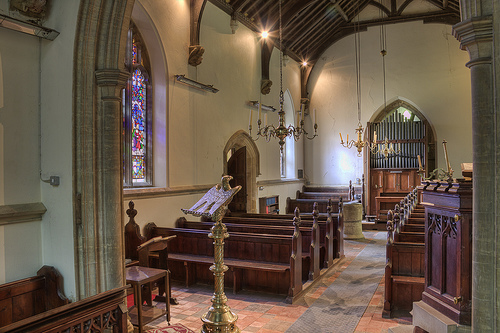 The organ obstructs the west tower arch, the font is 12th century originally in chancel

The interior although plain has some interesting features, the pews have fine carved poppy head finials which were installed in 1848, the medieval font was origionally in the chancel but later moved by the door, the organ sits in front of the tower arch obstructing most of it, you have to pretty lithe to fit around the side and into the tower to ring the bells of which they are two.
The church is well worth a visit and is situated in some of Leicestershire’s finest countryside. I would recommend visiting the other two small churches within a couple of miles these being Glooston and Stonton Wyville. You could if you feel so inclined park at Stonton Wyville and walk across the hill to Cranoe and Glooston and you can then really appreciate the rolling hills and farmland of this area.

Access is either to the east via a flight of fairly steep steps or from the south via a winding steep path – which would be accessible for wheelchairs but be aware it is a short steep path.