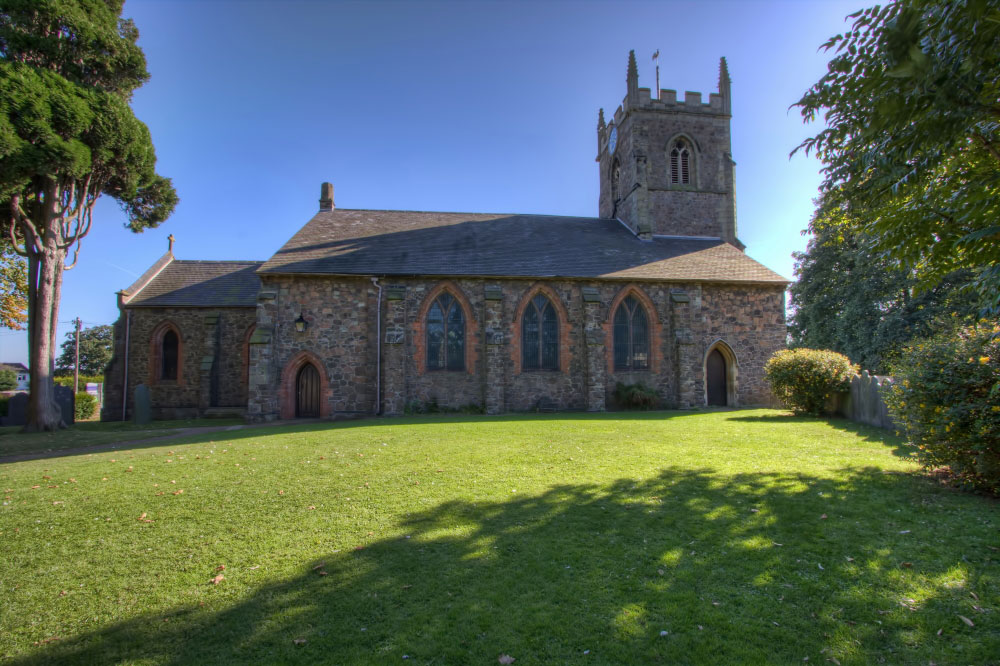 North view of St Andrews, the tower is 14th century.

Countesthorpe lies 7 miles south of Leicester in the district of Blaby. It is a large sprawling village of approx 6,500 people on the edge of rural Leicestershire. The name derives from the 11th century when the village and manor became the dowry of Countess Judith, niece of William of Conqueror after the invasion of 1066AD. The ‘thorpe’ means hamlet or sub-settlement similar to Littlethorpe, although that has stayed a much smaller size unlike Countesthorpe. 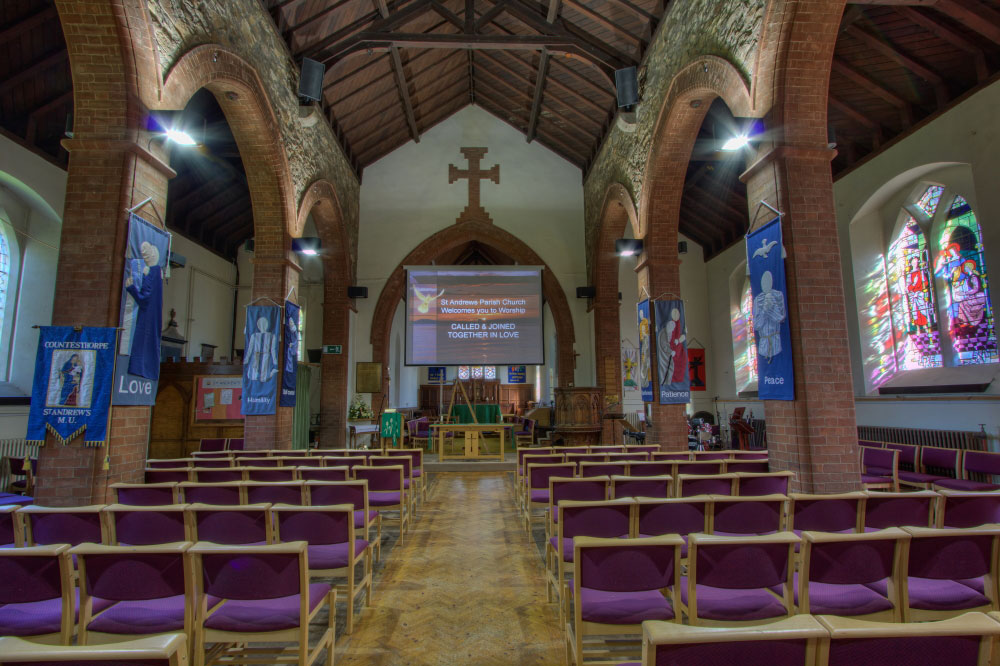 The church of St Andrew was started in 1220 by Lord of the Manor, William de Lodbrok’s family, they also built the parish church at Blaby. It was restored in 1841 by H. Goddard, and again in 1907 by T.P. Brown of Leicester. Brown inserted square brick pillars and reused some of Goddard’s windows with brick Y-tracery in th nave. The chancel remains basically medieval with some restoration and the 14th century tower remains. Adjacent to the church are the Church Rooms built in 1753 with the upper floor as a school and below the Curate’s room and parlour. It was rebuilt as a single storey school for sixty children in 1841. Opposite is the Church Centre, formerly the infant school built in 1873 and extended in 1913. Countesthorpe was part of Blaby parish until 1878, so the original church was probably run as a satellite of Blaby. 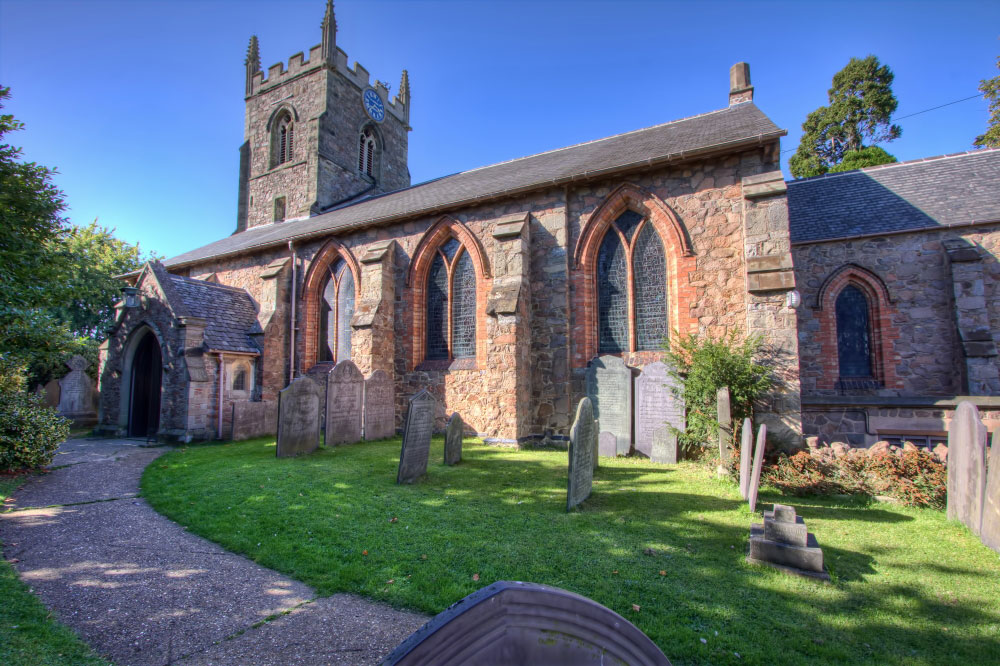 Chancel area, the church was basically rebuilt in 1841 and 1907 restorations

The church seems to have a thriving community and is well supported by the village. Although heavily restored in the Victorian and Edwardian eras (the nave was practically rebuilt) it still has plenty of character. The church sits in the centre of the village near to shops and pubs so there are plenty of amenities. There is parking nearby but the church is not normally open unless for services. 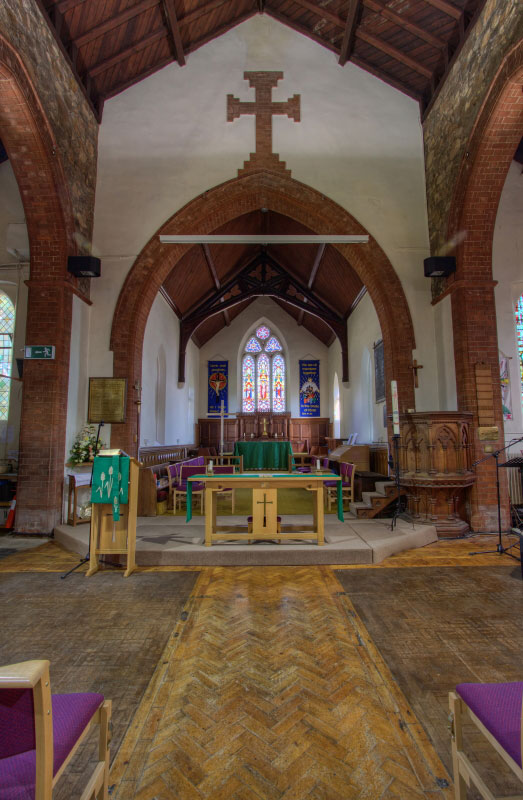 The chancel at Countesthorpe

I have not found much information on Countesthorpe in the limited time I have available to complete the history – if anyone has any more historical information they are willing to share it would be appreciated if I could put this on the website.