Cosby St Michael and All Angels 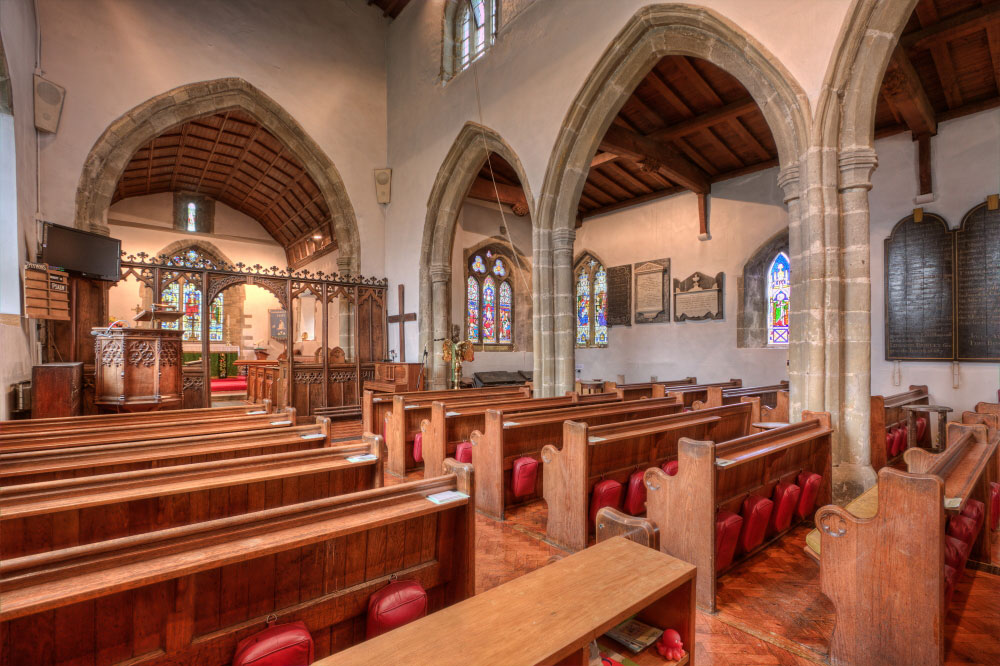 Cosby church has plenty of character, the south aisle

Cosby is around 6.5 miles south of Leicester in the district of Blaby. Its nearest neighbour the smaller Littlethorpe used to be part of the parish of Cosby and had its own chapel where the priest from Cosby would have held mass. The location of the old chapel in unknown but I would expect it to be some where near the old square in Littlethorpe. 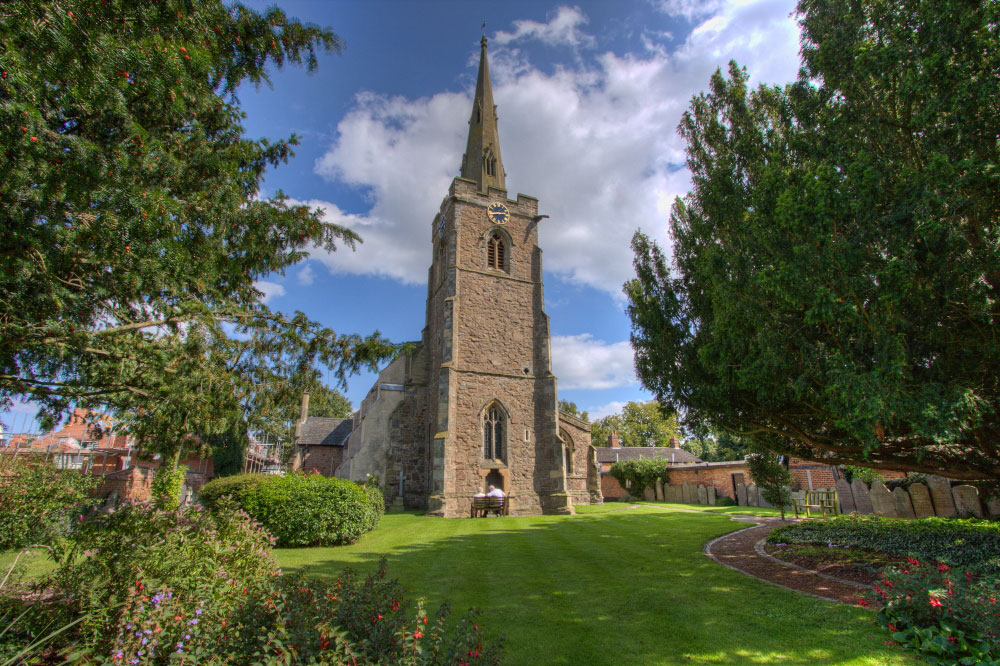 The church at Cosby is mostly later Middle ages in the Decorated and Perpendicular style, older parts have been hidden by subsequent renovation and rebuilding, the first rector is recorded in 1220 but I expect there was a place of worship on the site for a considerable period before. The church consists of a nave, south aisle, chancel, north vestry, and west tower with a very elegant slender spire recessed behind the battlements. There is an external projection for the rood-loft stair which would have given access to the rood loft between the chancel and nave area and then onward to the roof as in this example. 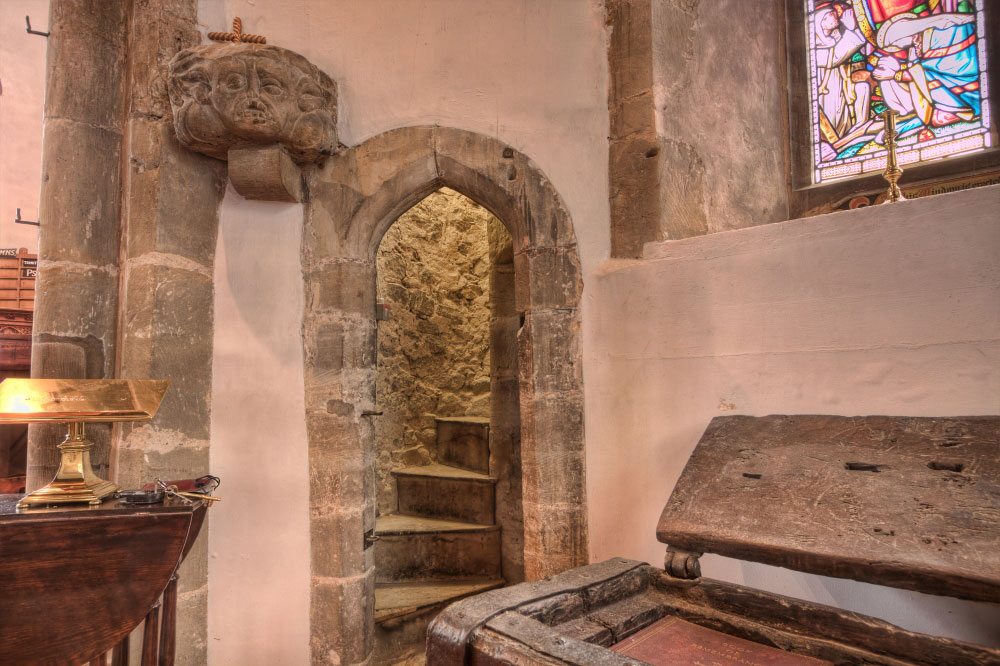 Entrance to the rood staircase above note the carved corbel

Perhaps some further explanation on rood screens and lofts would be appropriate. The rood screen is usually a richly ornamental screen of wood or stone closing the chancel from the nave which on top had support for the cross and figures. This screen often supported an overhead platform called a rood loft reached by a small stairway from the nave. The rood loft sometimes contained an organ or was used as a singing gallery or for minstrels. In England during the Reformation, many roods with their screens were destroyed. Wigston Magna has a fine rood screen, and the remains of rood stairs or doorways can be seen at Beeby and Thurlaston. 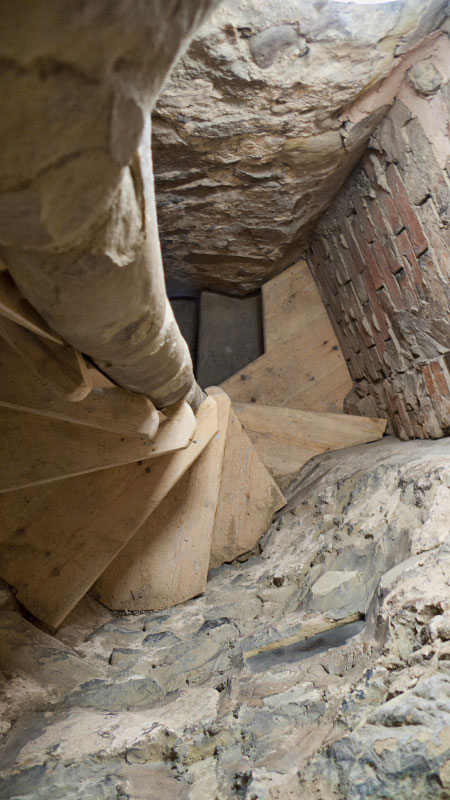 The spiral staircase is extremely small and tight

The church has a medieval piscina, a restored Chancel screen which dates from the 14th century and an old chest reputedly carved out of a tree trunk and over 800 years old. The font is hard to date, but sits perhaps on a Saxon base. The Early English windows in the north nave wall have small amounts of medieval glass.

There are some interesting episodes from the records of the church courts at the time which used to deal with a whole range of cases affecting ordinary layman; probate of wills, defamation, allegations of immoral behaviour etc. In 1625 they imposed penances on Richard Hill of Cosby and his wife for ‘fornication before marriage’, and in 1773 heard charges against a William Langton, a private tutor of Cosby for brawling in the churchyard. 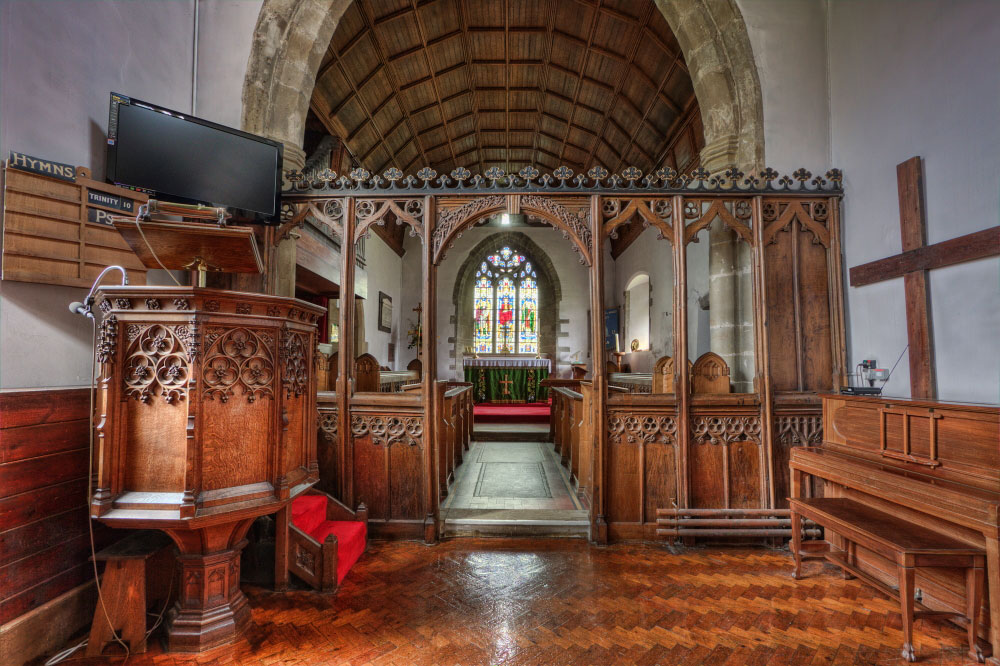 On my visit which occurred not long after some restoration work to the roof and other parts of the church I was invited to climb the newly renovated rood stair. A small doorway leads from a junction at the south aisle and chancel walls and there is then a very small spiral stone staircase leading up via an outside projection to the roof. Originally there would have been a doorway leading to the rood loft in the chancel (now gone) but further up there is a doorway which leads onto the roof and at the top a small hatchway to look out of. The staircase was very tight and I could not use my normal camera, luckily I had my LX3 compact which took the pictures you see here. I would like to thank the churchwardens for arranging access to the church, and the gentleman who let me climb the staircase I am indebted to, I think he enjoyed it as much as me as it had not been climbed for many years. But due to the recent restoration work we were now able to do so. 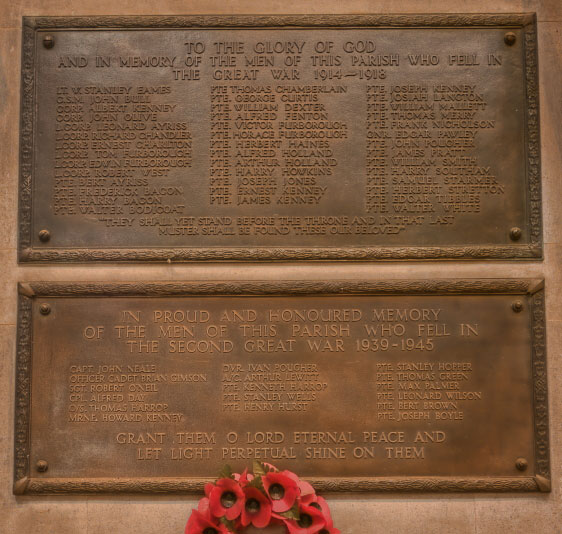 Outside the church has some of the best gardens I have seen so far on my travels with a lovely memorial garden with seating and nice tidy lawns. The grounds are small and the cemetary is now on Narborough road towards Littlethorpe. On the north side of the nave are some large ‘new’ buttresses which have been added to support the building.
Cosby is a pleasant village which still has character which many of its larger neighbouring villages have lost due to various reasons. There are a few shops, a cafe, as well as two public houses. The church is locked but they do have open days – their website address is below and most of the historical info was gleaned from their excellent booklet.