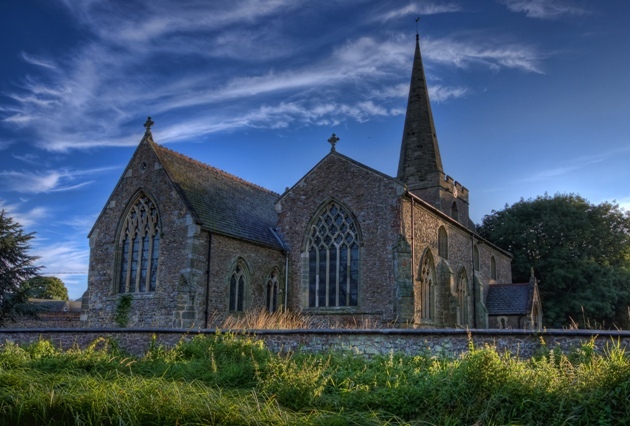 Lying 9 miles south of Leicester the large sprawling village of Broughton Astley actually consists of three earlier settlements these being, Broughton, Sutton-in-the-Elms and Primethorpe, in 1900 the population was around 1,200 but a large building program has increased this to around 10,000 at the present.
The church of St Mary’s probably dates from 1220 although there is some evidence that there are remains from an earlier building circa 1100 incorporated into the nave walls. A Thomas de Astley or Eastley was lord of the manor and patron of the church, and gives Broughton the ‘Astley’ name. The church consists of chancel, nave and north aisle of almost equal dimensions, with a west tower and spire. It is built of stone with rubble walls and dressed stone quoins (cornerstones). A lead roof was replaced in 1666, generally with Swithland slates, although Westmorland slate has also been used. This was repaired extensively in 1989. As mentioned the very large north aisle is as large as the nave and with the large clerestory windows gives the church a pleasing light aspect. 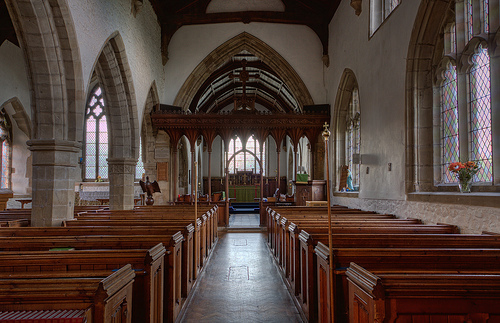 It contains examples of early English, Decorated and Perpendicular styles of architecture. The chancel, although heavily restored, is probably of the late 13th century. The large tower with walls almost six feet thick at the base is also 13th century, the spire is later (probably 15th century) and there is a narrow walkway around the base of the spire and the embattled tower. The clerestories and windows in the north aisle are 14th century. The south door as in most churches would have been the main entrance to the church during its early period, but in later centuries this was moved to the north side. 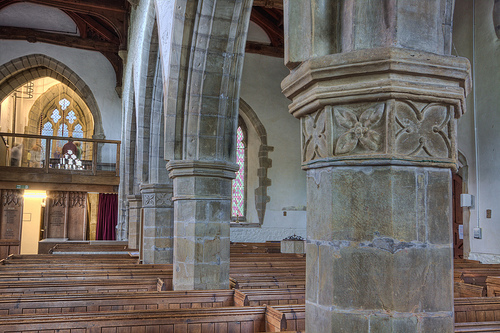 In 1881-1882 the church was restored by the Victorians at a cost of £1725. The north porch was added in 1897 replacing a smaller one installed in 1691.
The west window in the tower had fine stained glass coats of arms for Astley, Beauchamp and Willoughby, although this has sadly all gone. There are fragments of 14th century glass in the chancel area and North aisle which include the Blessed Mary holding keys in the window by the font. 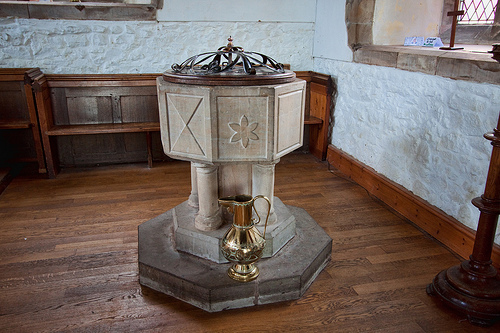 The font although heavily restored is probably Norman in origin and there is also another unusual Norman item near the entrance this being a holy water stoup with a fine zigzag decoration down the column. The pipe organ installed in 1885 was removed in 2000 and this has revealed a fine double arch feature. The tower has eight bells ranging in dates from 1637 until 1972 when two bells were added to the six already installed, on my visit they were in use during bell-ringing practice and I can vouch for their sound and the fine bell-ringing. 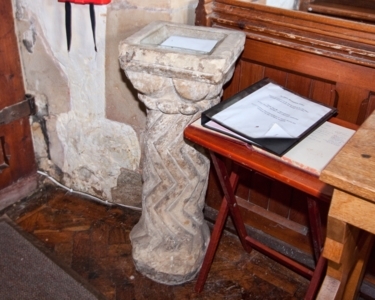 We should note that Willoughby Waterleys and Broughton Astley were closely tied when Joan Astley of Broughton took over the manor of Willoughby from the Augerville’s in the 15th century. Joan Astley then married her second husband Reginald Lord Grey of Ruthlin. Cottage Lane runs towards Willoughby and would probably have been used at this time. The manor remained with the Grey family of Groby and a John Grey married a young 19 year old lady called Elizabeth Woodville. He died at the battle of St Alban’s in 1455 fighting for Henry VI, his widow some ten years late married King Edward IV. The Grey’s lost the manor in 1553 when Henry Duke of Suffolk the father of Lady Jane Grey was beheaded for is relationship with Sir Thomas Wyatt, the manor returned to the crown.
However in 1575 his nephew was given the manor back by Elizabeth I, he was Henry who James I raised to the rank of Baron Grey of Groby and his grandson became the first Earl of Stamford, a favour given by Charles I. Sir John Grey, second cousin to Lady Jane Grey the nine day queen was buried in 1605 on the north side of the chancel, in 1611 his mother Lady Anne Grey was buried beside him. In 1679 the Grey family sold the manor to Natham Wright who became Lord Chancellor. From 1769 the manor and lands were sold off in parcels to residents of Broughton. The churchyard is no longer in use, but burials have now been transferred to the cemetery on Frolesworth Road nearby. 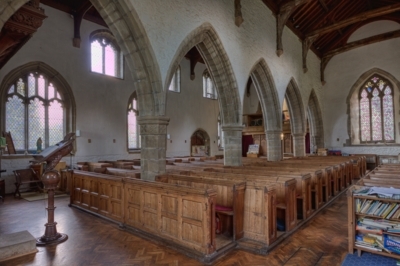 Access to the church is fine with a car park in a next door pub, wheelchair users will have to negotiate a small bridge (no steps just a slight hump) and a road crossing. There are plenty of facilities in Broughton Astley with two public houses nearby and in the centre of the village there are other amenities.
The church is a pleasing building to look at with its large clerestory windows and massive squat tower, it is used regularly for services and has a good number of communicants. The inside is spacious and light and although the Victorians did their usual ‘restoration’ some of the original earlier work can be seen. The removal of the organ at the west end of the nave against the tower has opened up the church, and the ringing platform and great double arch of the tower are good features. Broughton Astley should be proud of their church and I would like to thank the churchwarden for access and the information which much of this text has been taken from.