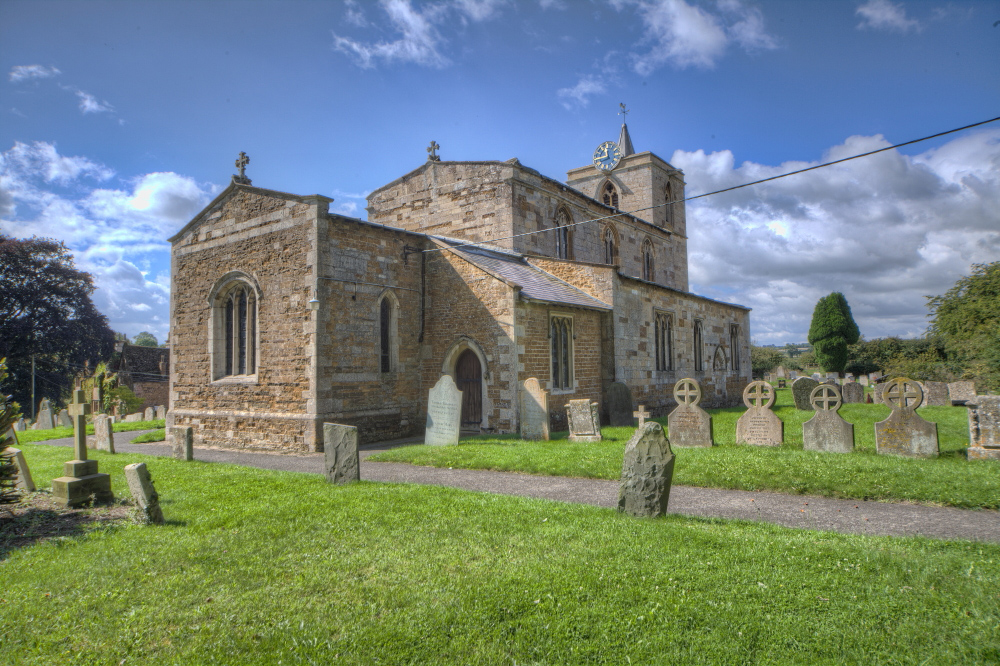 Three miles south-west from Oakham is the pretty Rutland village of Braunston with around 400 inhabitants. Rising to over 600ft to the north from the river Gwash the parish adjoins Leicestershire on its western boundary. Mentioned in the Domesday Book the village was probably a berewick (satellite village) of the manor of Hambleton. For a long while the chapel at Braunston was dependent on the ‘mother’ church at Hambleton but in 1884 it was separated from Hambleton and made a separate vicarage. In 1167 a Walchelin de Ferrers was holding the manor of Braunston and by the 13th century the Neville’s held the manor. Peter de Neville passed ownership of the manor to his son before he was hanged for theft in 1276, Peter de Neville was a notorious outlaw and he held other manors in the area including Allexton. After his death the ‘justices of the Forest’ (Braunston was one of the bailiwicks of Leighfield Forest) took the manor but Theobald de Neville successfully regained it and in 1305 and granted the manor to Walter Langton, Bishop of Coventry and Lichfield. Theobald has it back by 1313 but by 1392 this manor passed to the Chesilden family who held it to the mid 17th century when it then passed to the Browne family. There are other manors mentioned for Braunston and you can read more by following the link to the entry to the British History website. 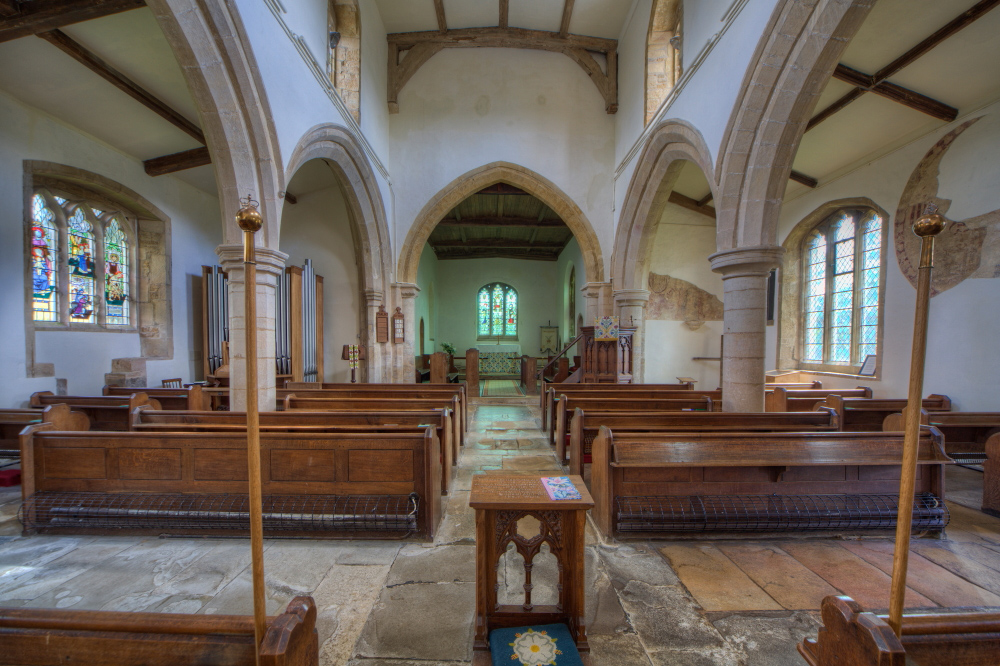 Looking east towards the chancel, medieval paintings can be seen on right

All Saints church is in the centre of the village and is set in a pretty churchyard. The church has a short west tower with small spire, nave, north & south aisles, chancel and later vestry. The church has been rebuilt and restored many times over its long history but it does have Norman responds in the chancel arch and a Norman south doorway. The south arcade dates to the 13th century whilst the north arcade and clerestory are ‘Perp’ (perpindicular period 1350-1575). In 1728-29 the tower was totally rebuilt but they used the same materials, in 1860 the vestry was added and from 1887-88 the chancel was restored and the south wall rebuilt. 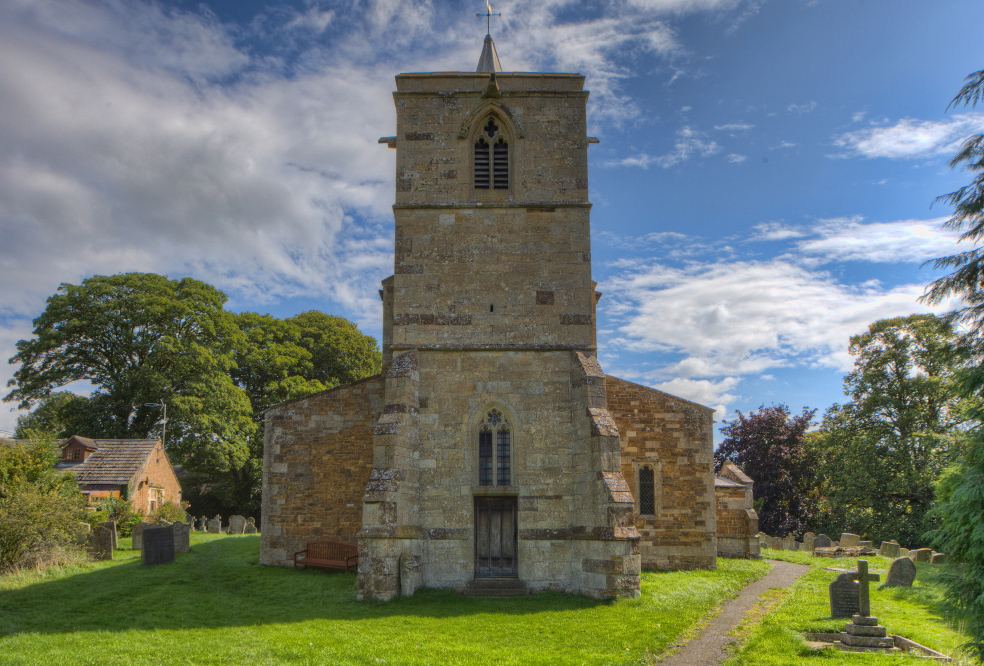 The west tower and small spire from the west

In the chancel in the north wall is a 13th century lancet window, there is a trefoiled piscina and below the south-east window a rectangular aumbry. The font dates from the 12th century, but has not been in the church for all of its life. In 1890 the bowl was found in the churchyard in three pieces. It was repaired and returned back to the church. The south aisle has some brass effigies of Kenelme Cheseldyn of Uppingham (d. 1596) and his wife Winefred and an armorial brass plate to Edward Cheseldyn (d. 1642). There are also traces of medieval painting in the south aisle. 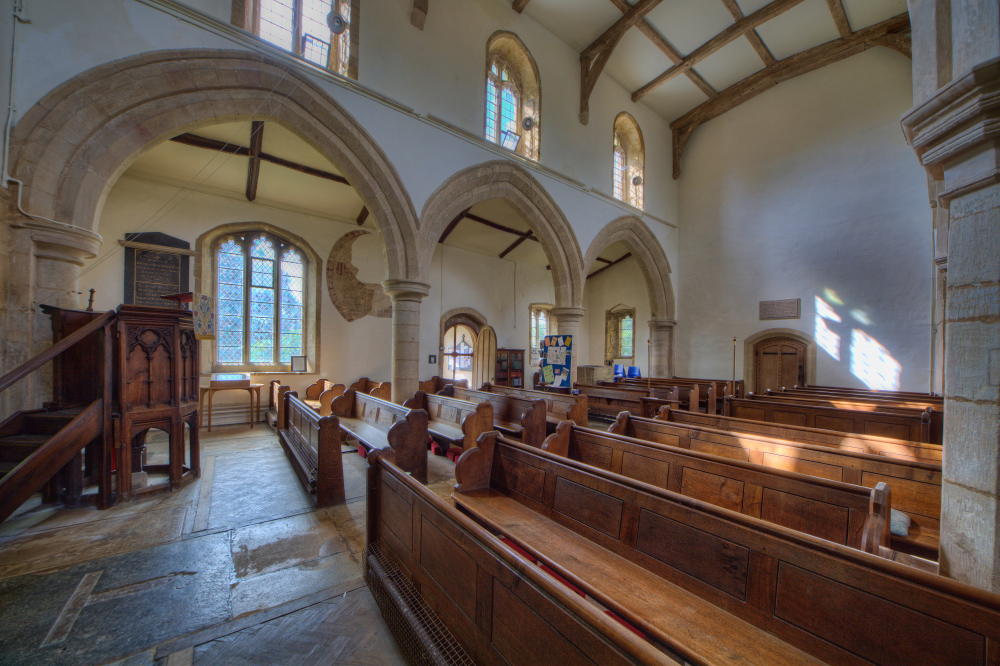 The churchyard is of interest especially for its ‘Sheela na Gig’ situated at the base of the west tower. This is a stone carving of a naked woman with prominent features and although the carving is hard to date, in England and Ireland the earliest they appear is from the 12th century to the 15th century. There are many theories on the meaning of the representation from pagan goddesses to a fertility figure, to warnings against lust and evil. The villagers cannot have been too keen on her as it was found around 1920 being used as a step into the church with the carving facing downward so she was hidden from view. She perhaps should be placed inside the church to protect it from the elements as it is an interesting piece and I have not come across anything similar on my travels. 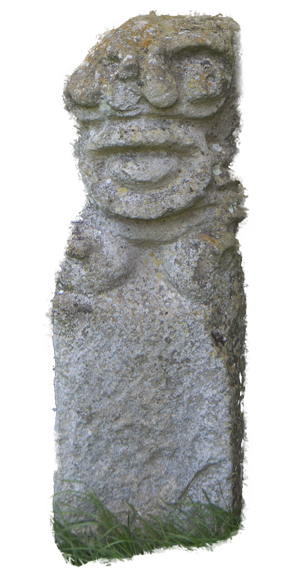 The ‘Sheela na gig’ at base of the west tower. Until 1920 this was being used as a step with its features face down.

The church is usually open and there is parking nearby. Also there is a pub across the road and another in the village. I do like this church, it is set in a pretty location has plenty of interest and is well worth a trip out. I especially like the clock face standing tall over the top of the tower it really adds character which is what this church is all about.