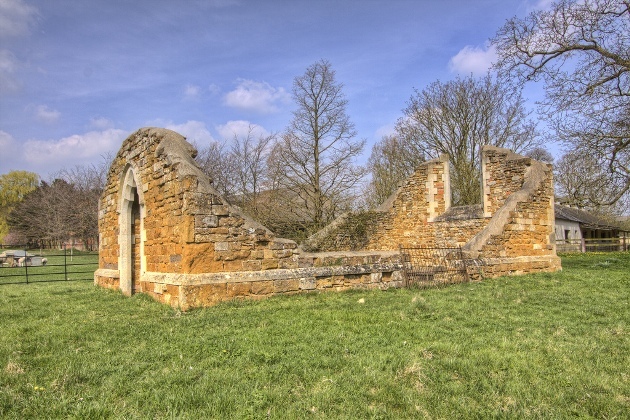 The remaining ruins of St Michael at Blaston

Blaston is small village south-east of Leicester near to Rutland county. Its largest neighbour is Medbourne. With only 30 people living here it should perhaps be described as a hamlet and consists of one main pretty street with some imposing houses along its length. This very small village was originally two parishes, and the two chapels were no more than 500yards apart.

St. Michael’s was a donative chapel and although it is not clear whose gift it was, there is evidence to show that it was in existence before 1389. Like St. Giles it was a small building, 33 feet and 6 inches long by 17 feet and 6 inches wide. It was annexed to Hallaton and so parishioners of St. Michael’s were normally buried at Hallaton. 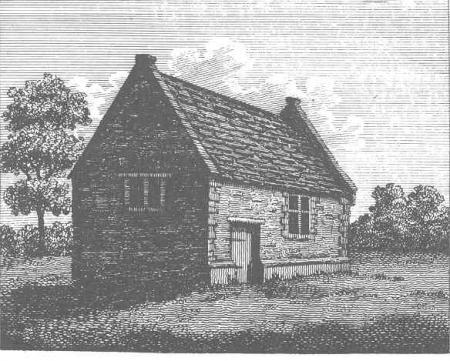 The chapel stands in a field to the south of the main street. The present remains was erected in 1867–8 by the Revd. G. C. Fenwicke. St. Michael’s seems to have been kept in very good condition in the 17th and 18th centuries. A drawing of 1794 shows it to have been a very small post Reformation building with square-headed windows and gables with parapets.In 1838 the archdeacon reported that the roof was in disrepair and the east and west ends cracking away from the side walls. In 1842 he described St. Michael’s as a most mean building in a dilapidated condition, its timbers rotten, slates loose, and ceiling falling. The chapel was apparently allowed to fall into worse and worse repair until it was rebuilt. 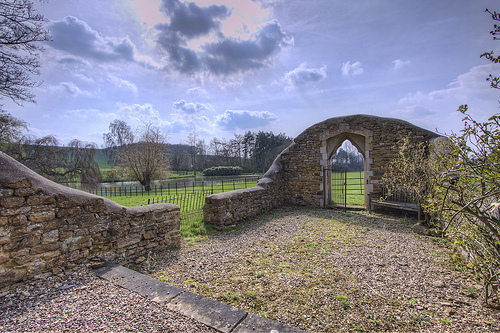 View towards west door, the ruined chapel is accessible via a short walk.

In 1858 it was described as ‘delapidated, dirty and dangerous’. St. Michael’s was in 1958 a small rectangular building in much the same style as St. Giles’s. No services had been held there since the 1922, the windows were broken, and the roof was in poor repair. It has one bell which bears no date. The plate consists of a silver cup, two dishes, and a paten, all dated 1735, the gift of the Revd. George Fenwicke of Hallaton, and a pewter flagon of 1698.

It had been rebuilt during the eighteenth century and again in 1867 – 8. Like St. Giles it was built of stone and in the gothic style. Unfortunately St. Michaels was largely demolished in 1967. G. C. Fenwicke also rebuilt St Giles there is a link above and further info and pictures. St Michaels was a one cell building and only the lower walls now survive and the west doorway with cinquefoiled head.

View from the chapel to the main road of Blaston

You can park on the road and walk through the field down to the small ruins which lay by a large pretty pond. The other chapel of St Giles is to the west and although locked there is a keyholder in the village and the information for this is at St Giles church. There are no facilities in the village itself but Medbourne nearby has a couple of pubs.
There is a link above to more information on the village and chapels.