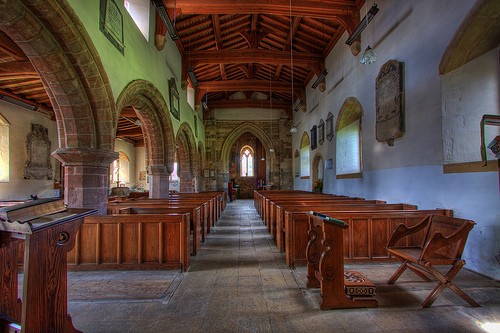 View of nave and west tower from chancel arch

My first foray into Rutland and I have started off with St Peter’s in the village of Belton in Rutland. Some 15 miles east from Leicester (and yes I will continue to use this as a reference point) and 3.5 miles north-west from Uppingham this village lies just off the A47. With a population of around 350, Belton with its grand houses and warm golden stone is very picturesque. Apart from the church there is also the Old Hall, Godfrey’s House, Belton House, Westbourne House and the old Rectory as well as many quaint ironstone cottages throughout the village. 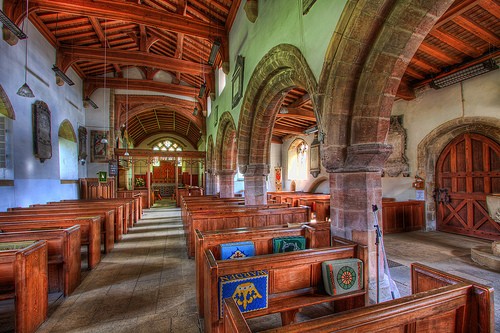 The manor of Belton was perhaps a berewick (outlying estate) of nearby Ridlington in 1086. A Ralph de Freney donated land at Belton to the Priory of St Mary at Brooke in 1153. The Freney family continued with the manor until 1252 when it passed to the Crown and then onto Richard, Earl of Cornwall. In 1270 a William de Blount held the manor and then it passed to the Haselwood family. I could go on but its best if you go to the British History site to read more. 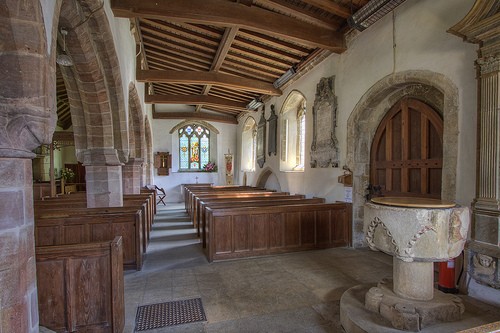 The south aisle with south doorway and font

The church of St Peter’s lies towards the centre of the village on a hill and consists of a west tower, nave, chancel, south aisle and north transept. The oldest part of the church is the fine south arcade dating from around 1190. The limestone ashlar tower dates from the 14th-15th centuries and has attractive large two-light bell openings. There is also a differing frieze running below the battlements around the tower. 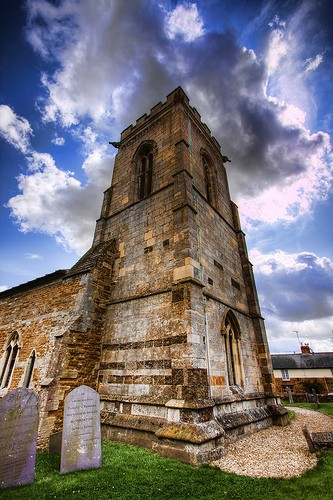 The tower dates from 14-15th century

There are some remains of c 1200 fabric in the lower walls of the chancel, with mostly 15th century higher. The west end of the south aisle and much of the south porch date from the late 16th century. There was a north aisle but there is no trace of this now and there is some local tradition that this was destroyed by a fire in the 14th century. Another fire in 1776 destroyed 27 dwellings in the village and nearly reached the church, a servant girl throwing out hot ashes at what is now ‘ Ivydene’ was thought to have started the fire. 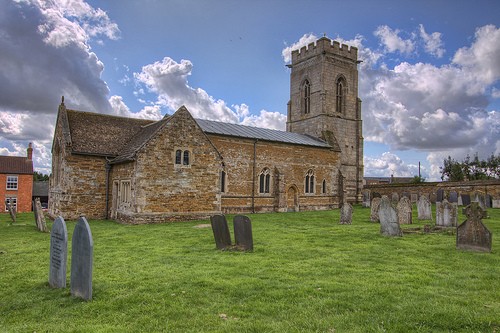 The north side of the church

The Victorians restored the church in 1897-98, which is also when the north transept was added which acts as a vestry and organ chamber. The Reverend C.J Roland-Berkeley removed the box pews of 1841, the three-decked pulpit in the centre of the church and also a gallery at the west end of the nave. A pity in some respects as it would have been interesting to see the original items, but I could say that about many churches. The windows in the north side of the nave were also replaced during this period apart from a 13th century trefoiled lancet which still remains. 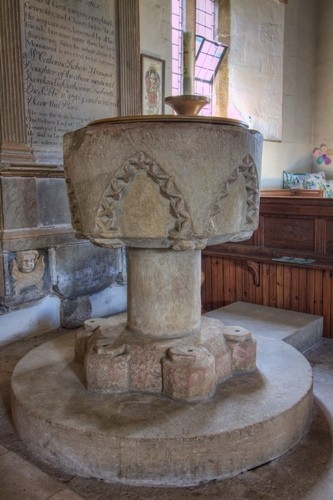 The south aisle contains some items of interest, the font is 13th century and although is missing its original supporting shafts has fine dog-tooth decoration and arcading although mutilated to one side. Behind the font is a nicely proportioned 18th century monument to a Reverend Roberts who died in 1762 erected by his sister. At the east end of the aisle is a piscina with an unusual bowl depicting a head with protruding tongue and asses ears. The south arcade is very fine with its rounded arches, pink stone and the carved heads. The chancel screen is from 1841, whilst the altar and reredos were installed in 1898, the organ was built by Nicholson of Worcester and installed in 1902.
The village of Belton and its church are very pretty and well worth a walk around, there is public house in the village and parking and access are fine. For my first church in Rutland this was a good choice.
This church is usually open between 10am and 4pm.

[nggallery id=57]
The church at Belton in Rutland is OPEN. More information here.