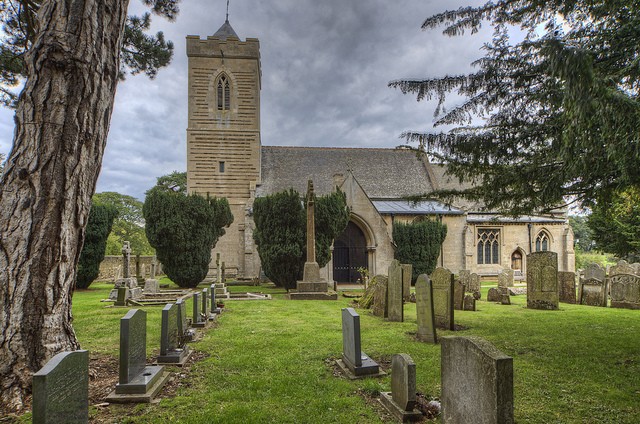 Ashwell church from the north

Situated 3 miles north of Oakham this village of approximately 300 people has a category C prison nearby which during World War II housed part of the US 82nd Airborne Division. Before the Norman Conquest the manor was held by Earl Harold. In 1086 a Gozeline held it for Hugh Earl of Chester who held the manor as a third part of a knight’s fee. The Tuchet family came into possession of the manor at some point in the 12th century and they held this until the mid 15th century. A chantry to Sir John Tuchet was founded at the church in 1420, this was usually a donation of land which was used to found a chantry to celebrate Mass for the deceased. They also were used to ‘fund’ the chantry chapels that came into existence at church’s usually placed in a transept or aisle and these may have been built at the same time as extensions to the building. 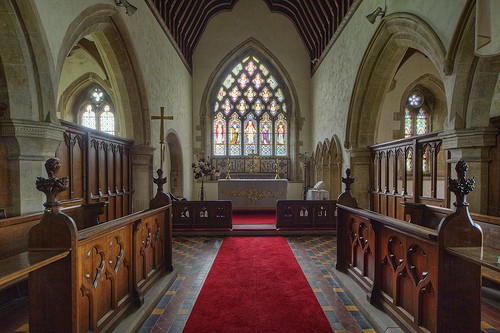 The church consists of a south porch, nave, north and south aisles, chancel, north chapel (now vestry and organ chamber), south chapel and west tower. The chapels are either side of the chancel and continuations of the aisles. The oldest fabric is the west bay of the north arcade which dates from the 12th century but most of the church dates to the 13th & 14th century with later work from the major restoration by William Butterfield in 1851. 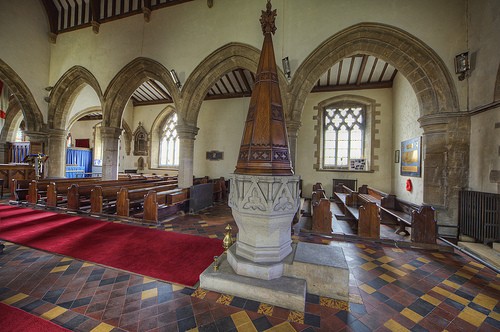 The font is Victorian donated by Viscountess Downe in 1851

The church is ashlar faced and has a slated high-pitched roof for the chancel, nave and porch. The aisles have lean-to roofs without parapets and unusually the church has no clerestory. The north aisle dates from around 1190 but it seems most of the church was rebuilt in the 13th century and this includes the chancel arches, the tower arch, south aisle arcade and the nave aisles from the chapels all dates from around 1220-1230. Externally the 14th century ball-flower decoration is worth a mention, this being in a string about 3 foot below the eaves round the chancel and chapels. The tower dates from the 14th century when it was probably rebuilt but retained the lower parts of the walls. 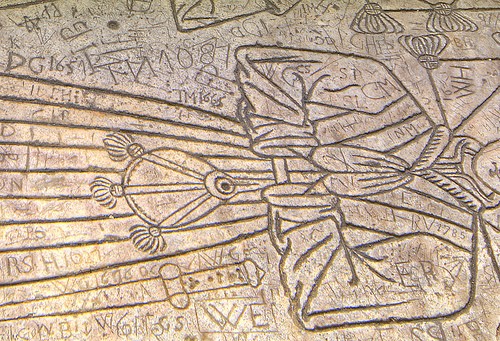 A closeup of the medieval slab showing some 17th century and later graffiti.

The major restoration by William Butterfield was for Viscount Downe it was his only major work in Leicestershire & Rutland. He built the south porch, provided new roofs, floors and fittings. William Butterfield was a leading architect involved with the Ecclesiological Society and a member of the Oxford movement and was a Gothic revival architect. The font dates from the restoration and is a heavy octagonal with triangular gables and shafts. In the south chapel is a wooden effigy to a knight circa 1320 made of oak which could be a member of the Tuchet family and an incised slab to John Vernam and his wife who died 1481. The slab has much graffiti (with names and dates from the 17th century) which just goes to show you that even in those days children got up to mischief. In the north chapel we have an alabaster effigy of a priest upon an earlier tomb again with more graffiti. 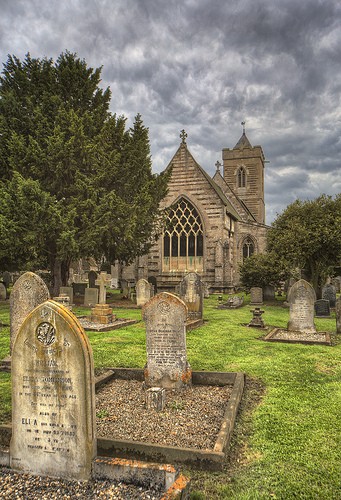 In the churchyard we have a Reverend J. W. Adams who won a Victoria Cross in Afghanistan in 1879 for the following;
“During the action at Killa Kazi, on the 11th December, 1879, some men of the 9th Lancers having fallen, with their horses, into a wide and deep “nullah” or ditch, and the enemy being close upon them, the Reverend J. W. Adams rushed into the water (which filled the ditch), dragged the horses from off the men upon whom they were lying, and extricated them, he being at the time under a heavy fire, and up to his waist in water.
At this time the Afghans were pressing on very rapidly, the leading men getting within a few yards of Mr. Adams, who having let go his horse in order to render more effectual assistance, had eventually to escape on foot.”
There is parking by the church but no facilities in the village itself. Although heavily restored the church is worth a visit and with its two chapels with monuments has much of interest. The church is usually open.